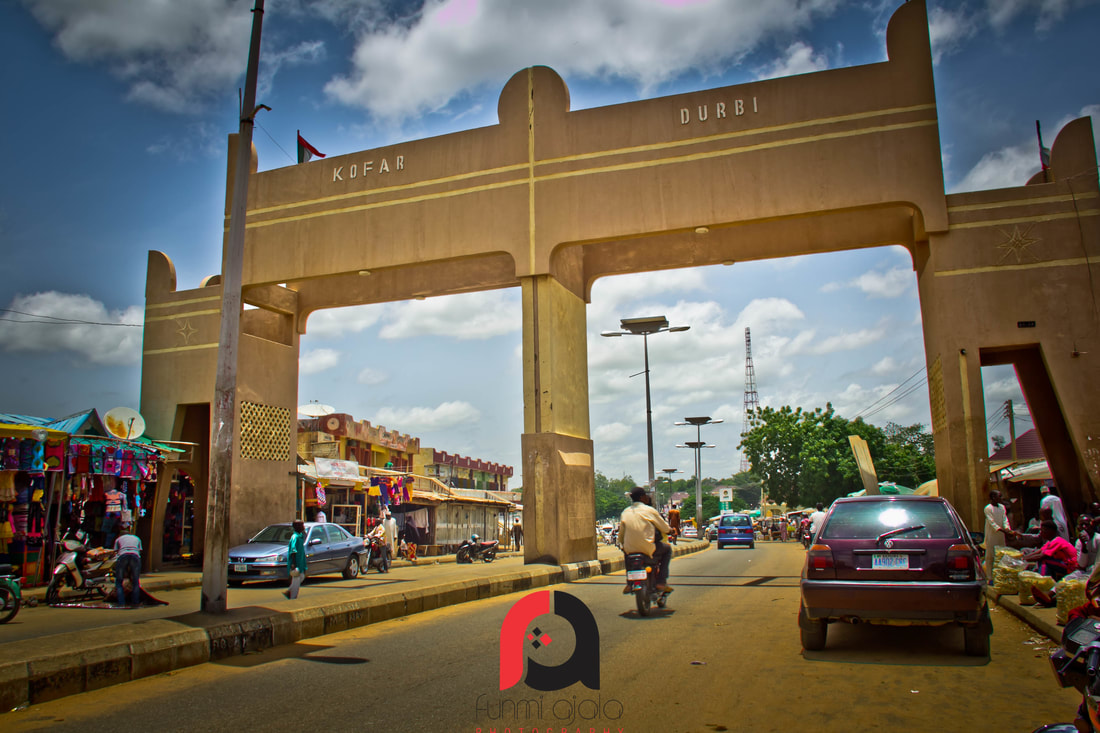 Daura is the second major town after Katsina in Katsina State. It is also popular because it is the home town of Nigerian President, Muhammadu Buhari.

I have just a day to explore Katsina for the Durbar Festival which I primarily came to document is the following day and I leave for Kano after the parade. After lodging at the hotel and going out to get a few things, I stayed put in my hotel room while making arrangement for going round the following day. My host in Katsina, Abdulkaque had to go to work the following day.

0 Comments Daura is the second major town after Katsina in Katsina State. It is also popular because it is the home town of Nigerian President, Muhammadu Buhari.

I have just a day to explore Katsina for the Durbar Festival which I primarily came to document is the following day and I leave for Kano after the parade. After lodging at the hotel and going out to get a few things, I stayed put in my hotel room while making arrangement for going round the following day. My host in Katsina, Abdulkaque had to go to work the following day.
The morning started with me trying to get across to the keke guy that will take me around town. On inquiring at the desk the distance between Katsina and Daura I decided to hire a cab that will take me around town and then we will go to Daura. Arrangements was made for me by the hotel manager and I got a cab driver/guide that speaks good English and Hausa. This was a big plus for me as I have discovered that you need to understand a bit of Hausa to be able to communicate effectively. After going round Katsina as pointed out in this guide, we set out to Daura.

ABOUT DAURA
The trip to Daura is almost two hours and the different views along the way was quite interesting.
Daura is a town and also a local government area in Katsina State. It is said to be the spiritual home of the Hausa people having been the ancient seats of Islamic culture and learning.. It is the second emirate in Katsina State, and is referred to as one of the ‘seven true Hausa State’ i.e. ‘Hausa Bakwai’.
The seven true Hausa States are Biram, Kano, Katsina, Zazzau, Gobir, Rano and Daura, which are ruled by the descendants of Bayajidda’s sons with Daurama (the last Kabara of Daura) and Magira (his first wife).
Daura is an agriculture town where crops are grown all year round. Main agricultural produce are sorghum, millet, onions, peanuts (groundnuts), cotton, and hides and skins.
Daura is a combination of Fulani and Hausa inhabitants thus the rearing of cattle, goats, sheep, horses and donkeys are common sight in almost every household of influence. Exportation of cotton and peanuts are significant economic activities in the town.

PLACES TO VISIT IN DAURA
On getting to Daura we sought out the city gates and where to get Fura and nunu. Apparently my cab driver lived in Daura for some years so he is pretty familiar with the environment. He took me straight to the city centre where there were about two dozen Fulani women with their beautifully crafted calabash and wares of Fura and nunu. We set out to bargain to and fro on the product. Finally we agreed on a price and we made our purchase. I told him that I will like to blend my own as i do prefer it that way than using the traditional method for it.

CITY GATES: By now if you have been following my stories about the northern part of Nigeria you would have noticed that city gates do come up often in the articles. Most of the major trading towns in the northern part of Nigeria have gates that are used as security measures to keep unwanted people out of the cities. The northern part of Nigeria is pretty porous and its closeness to the borders of Niger, Chad, Sudan and some African countries made it very important to have city gates back then.
The gates are now rebuilt with modern day bricks with the names carved on them. One thing that is very similar with all the gates in Daura is the emblem of the snake and sword. The story of Daura and the seven true Hausa States is not complete without telling the story of the snake and the sword.
Some of the city gates we visited are Kofar Durbi, Kofar Sarki Abdurrahman (Ancient West Gate), and Kofar Sarki Musa.

KUSUGU WELL: This is the legendary Kusugu well. Historical myth has been told about this well. The popular Hausa myth has it that Hausa communities were then living in Central Sudan for about 2000 years and Daura was said to be one of the largest Hausa cities of that era.The affairs of the cities were managed by Queens who acts as Head of Government. Daura was ruled over by Queen Daurama who was also known as the last Kabara of Daura.
During her reign, the major source of water supply in the town is the Kusugu well. The people were only allowed to fetch water once a week because of a snake called Sarki that was in the well. I did wondered if the snake sleep on this day or it went to play in order to allow them fetch water. But as I said, it’s a myth.

Salvation came in form of a Baghdad Prince named Prince Abu Yazid who came to Daura and lodged in the house of an old woman named Ayyana. On asking for water he was given very little and when he asked for more water he was told there was none and thus he learnt about Sarki the snake and the Kusungu well.

He asked to be shown the well and after a fight between him and the snake, he killed Sarki, thus making the availability of water easy for the people.
Queen Daurama then married him and he became a King. As a foreigner, he could not speak the Hausa language when he arrived in Daura, thus he was called Bayajjida, meaning ‘He who doesn’t understand before’.
H egave birth to seven children that ruled over the seven Hausa States which are called Hausa Bakwai.

This is the origin of the snake and sword emblem which signifies Sarki the snake and the sword of Bayajjida.
Kusugu well still stand in a small house built round the well with rope attached for drawing and there are pictures which tells the stories of the Daura people and the well.

The only but in visiting this place is the guide that we met that day does not speak English and the reading materials are in Hausa so I could not buy any. When you visit Daura it is a must visit.

EMIR’s PALACE: One thing I learnt about visiting Emir’s palace in the north is that you need to book ahead in order to be given a detailed tour. After much conversation and waiting and trying to understand each other someone was assigned to show me the exterior part of the palace but I was not able to have a detailed tour because i did not booked ahead and it was the day before Durbar so there was heavy activities at the palace.

The beautiful architecture of the North never cease to amaze me with the way they build the new around the old. The use of colours to tell the story of the culture and its people is present in almost all the buildings in the palace.

We were shown the horse stable of the Emir where the horses were been prep for the parade the following day.
I was given and invitation to come around for the Durbar and I said i will honour it next year. By this time the cloud was already changing and a heavy rain was brewing itself. We were 3o minutes out of Daura when the sky opened up and it rained all the way back to Katsina.

I was able to blend my fura and nunu and I can say it is the best I have had till date, very rich and creamy. Make sure you have a taste of Fura de nunu from Daura.
It was a fulfilling day. Do make sure to visit Katsina and Daura and you may be lucky to be in the same room with President Buhari if you go around the festive period.