The Tie and Dye Process Of The Old North 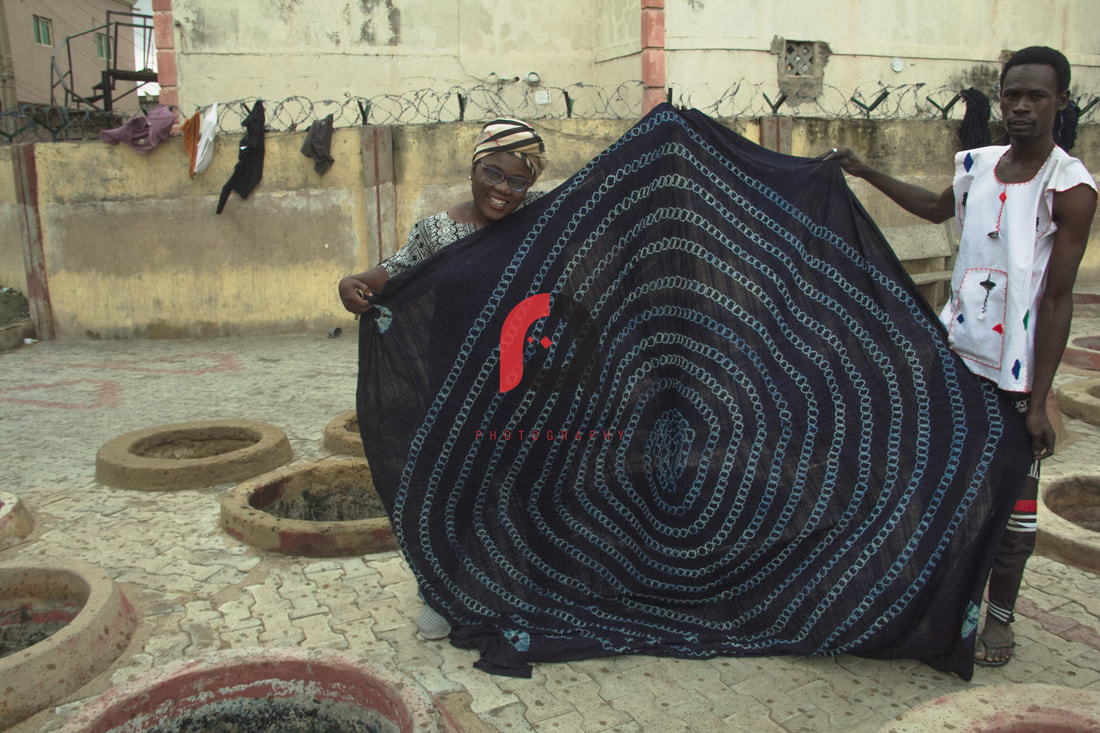 The Tie and Dye Process Of The Old North

Visiting the northern part of Nigeria is high up on my list when I made my travel list for the year. Yes, I always make travel list which comprises of festivals, States, Cities, Countries I want to visit in the year and then the struggle to achieve them sets in.

I am always conscious of places I am not conversant with especially when language barrier is key. The northern part of Nigeria has some of the if not most beautiful landscape scenes i have seen so far in my traveling the country.

On my list was capturing the big Durbar in Kano this year. It is said that Kano holds the largest and biggest Durbar gathering in the whole north. So i set out to cover three States in 10 days. The States were Kaduna, Katsina and Kano.

I am a list person whenever I am traveling, this has always helped me with achieving my trips. Before I left Lagos I had mapped out my list for the three States, and gotten associates that will help me over there especially with translation.

Kano was my last city and one of the places I visited is the famous Kofar Mata Dyeing Pits.
I have seen pictures but been in the compound was awesome. It was second day of Sallah so a lot of workers were not there. They had traveled for the festival.

According to history the wells were built in the year 1498, making it 520 years old, and has been in constant use since then. A few feet from the entrance of the dyeing pit compound is what use to be the Kofar Mata Gate, which is one of the gates that were built in the then old Kano. This is one of the area where the old wall of Kano was situated. This gave the dyeing pits its name, ‘Kofar Mata’. Though there is the story that the dyeing pits existed long before the gates.

Old Kano is the area that was situated inside the old city of Kano, which was built to keep strangers and control traffic of outsides coming to trade in the city back then. The British invasion shot canon balls through one of the gates in order to gain access into the city. That is another story.

There are 144 dyeing pits in total and they vary in depth. The deepness of the pits ranges from 2ft to 6 feet, with the deepest being 6 feet.
It takes four weeks for a pit to be ready for dyeing after mixing the ingredients. And after the mixture, the pit is used repeatedly everyday to dye clothes for the next one year before the water is poured out and replaced, thus starting the process all over again.

The process used in Kofar Mata is so similar to the one used in Abeokuta and Osogbo for the old dyeing process. In this story where I explained the tie and dye process, both modern and new. The little bit of difference can be found in the designing of the patterns. The South West used different methods like eleko, Sewing of the patterns, tieing up of the patterns while the north solely used the tying up process to get patterns into the clothes.
Fabrics used are mostly hand woven cotton which has a nice feeling when touched and pure cotton materials.
We are so similar in all that we do irrespective of the language we speak.

The process is dipping the cloth in the water then pull out, dry, and back again into the pit, pull out and dry, till the shade of blue needed is achieved.

The patterns designed on the clothes are named and I was shown variety. There is the three basket, The Emir’s Palace, The bride and groom, the Zebra, etc.

After the whole process of dyeing is completed it is taken to the Bugu, to iron out and pack. The Bugu is what is referred to as ‘Olu and Olu Omo’ in the South-West.
The bugu is not used for only the dyed clothes but some people still preferred it as a method of ironing their traditional clothes.

Ingredients used are Indigo, Ash and Potassium. Like the South-west believe that the water is medicinal, so do the kofar mata workers believe as well. It is said to cure any form of skin problems and diseases.

CARING FOR THE PITS

On walking round I noticed some pits have baskets on them while some have plastic debris like in the pits. On asking, I learnt that the ones with the baskets are the deepest pits, that is 6 feet. The plastic debris are poured into the unused well to preserve them from cracking. I could spot some well that has cracks by the edge, and that is due to not been used for a while and no filler was put in them. This is their own preservative process for the well. When it is time to use the pit, the debris will be cleared out and ready for use.

In Kofa Mata, there are generations of men that have passed through this  process. It is a family business and the families that lived around the gate are the main custodian of the dyeing pits. There are non family members who are interested in the trade and are apprenticing at the place

My guard, Yusif worked their as a kid and he has his own tie and dye business of t-shirts he does till now.

The disadvantage of this dye pit is that use of blue colour only, I guess that is the colour of the indigo. Mixing other colours with it might not work well. Most of their clients are from Senegal, Mali and Central Africa.

It’s unfortunate that this aspect of tourism is almost dying. It is more about the unique patterns and cloth material that fascinates me. I love the handwoven material.

The men working at this pit are cheerful and everyone wants to show you their work, they will allow you take photos hoping you drop some money but more importantly make a purchase.

For interior decors, you can come here with requests and it will be uniquely done.