The Long And Winding Ride To Togo’s Underground Waterfall 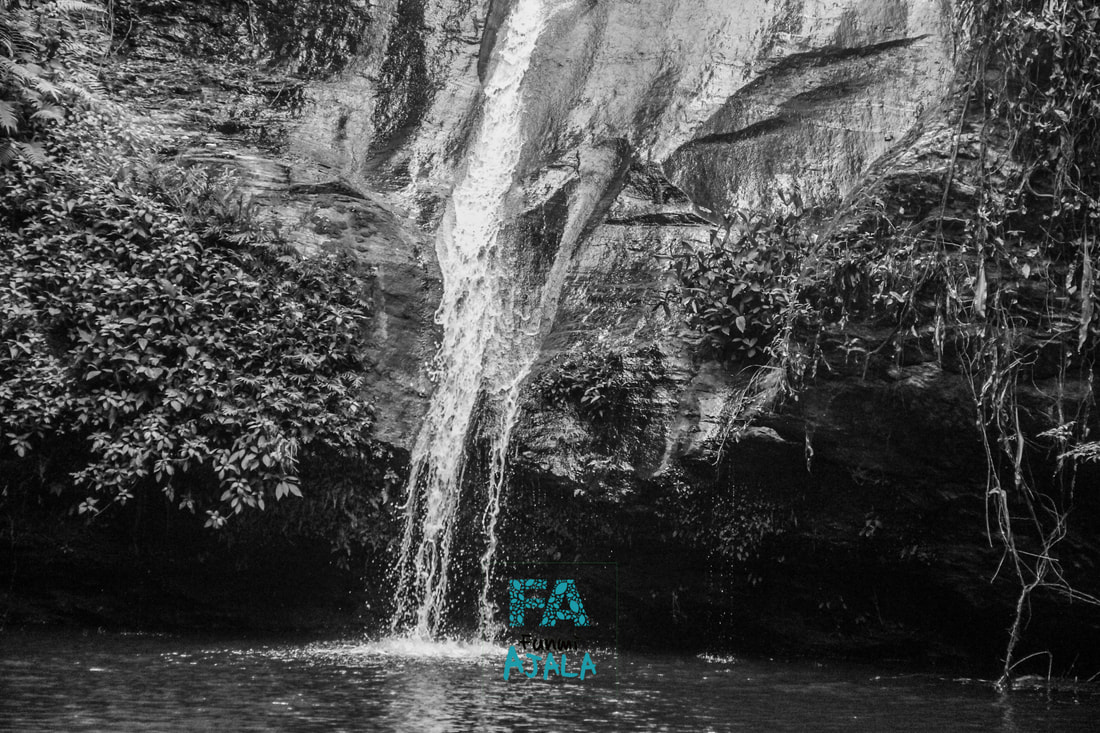 The Long And Winding Ride To Togo’s Underground Waterfall

We had one whole day until our trip to Togo was over. Having spent the previous day visiting various tourists’ sites in the capital Lome with the help of local guide Monsieur Faustino, we had to plan our final day of tours without him because he had family business to attend to.
The four of us debated on where best to spend the day. We thought of going to Koutammakou, the village with the small mud-huts that happens to be one of Togo’s most popular tourist sites. But then, we realised that it might be impossible to make the trip since we all couldn’t withdraw money from the cash machines; the only person who succeeded among us was only able to get a token, which also happens to be the limit for a day. Our situation called for open-eyed prudence.

The other option open to us was to visit the Wome waterfall in Kpalime. Fortunately for us, Monsieur Faustino has a friend who lives there. He made the necessary calls and arrangements; we were good to go.

But while we were fantasizing about our impending trip to Kpalime, nature struck: without warning, the sky darkened on the morning we were to set out. It poured heavily. Our spirits fell and we were discouraged, but our host told us that Kpalime was having an excellent weather. Not a single drop of rain over there.
When the rain thinned out, we got on our way to Kpalime. As Anglophone Africans, we faced another bout of communication crisis with our French-speaking driver; he was rude to boot and tempers rose almost leading to blows. The two-hour journey was a bit bumpy, partly the result of the overloaded cab. The discomfort worsened because of the several times the driver had to stop along the way so that passengers could either drop off or climb in.

Tip: If you are going to make this trip, be sure to hire a cab.

Whatever aches we felt as a result of the ride were soothed by the Kpalimé landscape, hills and all. I’m instantly reminded of Nigeria’s charming southwestern town Idanre.

Kpalimé is a city in the Plateaux Region of Togo, about 120km north of Lomé and 15km from the Ghanaian border (It is said to be next door to Ghana’s Upper Volta region). The fourth biggest town in Togo—after Lomé, Sokodé and Kara— It is the administrative capital of Kloto prefecture.
Kpalime was originally called Agome-Kpalimé, being one of the villages of the Ago é people, whose origins can be traced to Ife and Oyo in Nigeria. This sort of explained the elderly Oyo woman we saw in the vehicle that took us on the return journey to Lomé.

Our host owns the Mandela Bar in Kpalimé. He it was who arranged for a driver to take us on the 45-minute ride to and from the Wome, through rugged and winding terrains. The nature of the route is such that cars have to take turn to go either way.

After much maneuvering, we came face to face with the waterfall. As there is no on-site guide, the alternative is use a guide from town who knows the terrain. We started our ascent, or so I thought. With the benefit of having visited a good number of waterfalls in the past, I expected that we would go up the outcrops; but alas we had to climb down about 147 steps below the ground surface to get to the waterfall and from where it rushed down.

I needn’t say it was a lovely sight to behold, serene and without a doubt one of the prettiest natural surroundings I’ve been in. Two of us did not swim but got in the pool, while the other two, decked in swimsuits, plunged in the pool excitedly. No doubt, we had fun.

Our driver/guide even caught a red crab. Shortly, we were joined by another family and a couple, one of them European, with a local whom we assumed was their guide.  After an hour and half, we were ready to leave, back to Lomé. We were tired at the end of the day, but the whole experience has been more than worth the trouble.

This article was first published on https://wakaabout.online/