OTAPELE – The Mysterious Rock of Ages 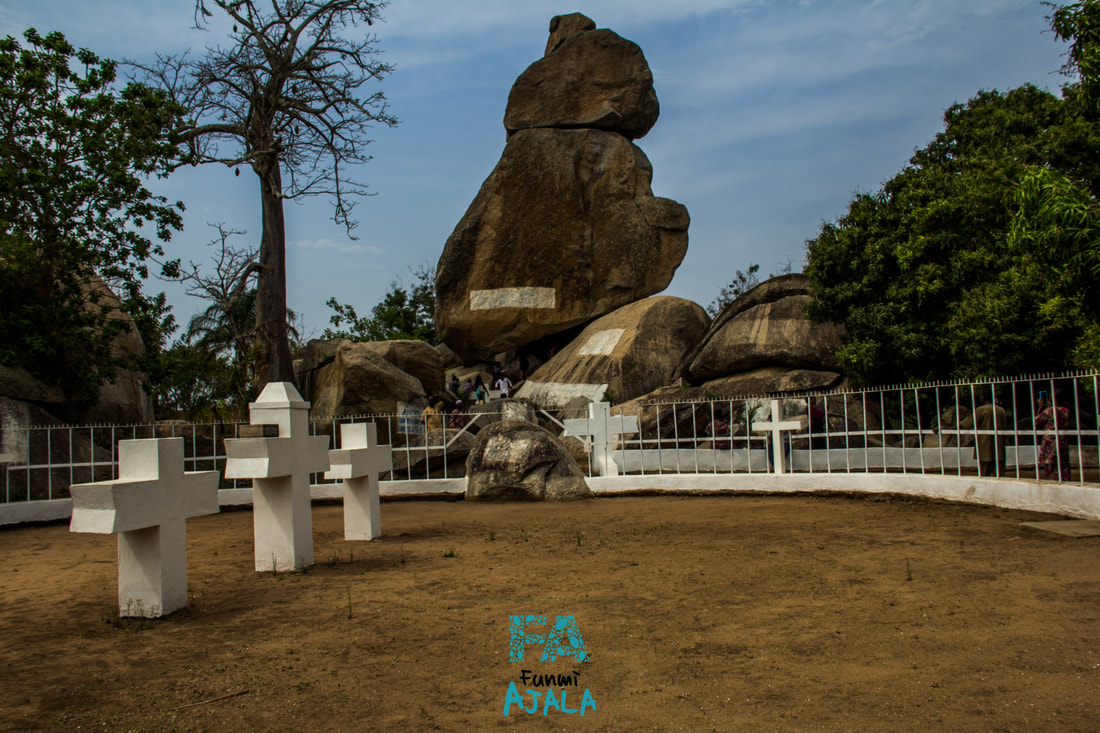 OTAPELE – The Mysterious Rock of Ages

In the tourism sphere in Nigeria, Ogun State in the South-West of Nigeria is very popular for two things: Olumo Rock and the popular Adire Market in Itoku. Unknowingly, these are not the two main tourists sites in Ogun State, the State apparently has up to 10 sites in relation to tourism.

I got to know about these sites during a familiarization trip as part of TIDA2018. Shocked was the least of my feelings and i started a fight in my head on what is wrong with all the governors that has governed the State. Cut to the chase, i went back for a planned trip with the State Commissioner for Tourism, Arts and Culture, Rt. Hon. Muyiwa Oladapo.

THE TRIP
We didn’t set out on time due to logistics issue. Set out time was around 11:30am and that was not so cool for a three hours journey to and another three hours fro. Our destination is Imeko, the home of the Otapele, the mysterious rock of Ages.

The journey was not that smooth because of the road conditions and we went further into the hinterland. Finally we veered off and we kept going, passed a fenced like garden which was referred to as the garden of Eden. It is a representation of the garden of Eden in terms of being kept sacred.

A little bit further and we were greeted by a white painted arch like entrance. Our bus parked not too far from the entrance and we were asked to remove our shoes: We are on a holy ground.Seriously!

Otapele village, in Imeko is a border town and the headquarters of Imeko/Afon Local Government Area of Ogun State. The site was discovered in January 1961 by a Prophet Frederick Akanbi Adeoye, popularly known as Oba Inu Apata (The King living inside the rock) in January 1961 after receiving a vision which directed him to the place.

The prophet was born Frederick Muritala to a Muslim father and an animist mother about the year 1929 at Onigbongbo, Maryland. Prophet Frederick Akanbi Adeoye was said to have encountered Saul of Tarsus becoming Paul kind of experience sometimes in his year which led to his conversion to Christianity. After battling a strange illness to no avail he sank into a coma for a period of two hours and was considered dead by the doctors. On waking up, he said he saw Christ and thus began his ministerial journey.

WHAT IS SPECIAL ABOUT OTAPELE?

It is an area with different rock formations but one stood out significantly. It is a combined boulder of many rocks and on looking at it from afar what it looked like can not be easily depicted.
Moving from the it a bit you will find another rock with the imprint of a donkey with fore legs raised up, kicking. On a closer look you will see the imprint of a man in flowing robe standing on top of the horse, not astride the horse but erect on it. This imprint is said to represent when the donkey rebelled against Balaam the prophet in the bible on his way to carry out Balaak’s plan.

We walked further and we all climbed a little boulder opposite the mighty one. What were we looking for up there? Somewhere on the big boulder you tend to see a star like twinkling light. It looked like light from a little opening on the rock but there is no hole over there and we were told that the light is not seen everyday or everytime. Another mystery of Otapele.

Going round is the Land of Mercy (Ile anu with three huge cross in the middle and on the left side is an opening with different cross buried in the ground. One can pray around the ground. Walking round the Land of Mercy on the other side is a triangle like formation of rocks with a big white cross at the right hand side of the entrance. If you look closely at the lower right of the little rock boulder on the right you will see an imprint of a sword and a knife.
When he was alive the Prophet used to seat here every 31st crossing over to the new year praying for everyone that comes around.

If you walk further, you will see the house, the church and living quarters of the Prophet and his followers, It is all in a dilapidated condition. Walking away from that is an arch walkway of trees that formed an amazing view.
This place was once a religious heaven for people believed that every prayer said here will be answered.

WHAT NEEDS TO BE DONE

This place needs to be renovated, put in proper shape so more people can visit. It will nice if all teh State Governors can map out the tourism corridors in their respective States, build road networks that will make traveling to the place easy and worth it, train the locales on how to market themselves and develop crafts that tourists can buy, and see how the economy turn around.
It is time we realise the oil we have in our culture, tradition, historical places and start treating it as such.

The Ogun State Commissioner is very passionate about developing the tourism potentials of the State, but the main turn around decision is with the main principal, the governor.
I will be watching this place and see what will happen in 2018.