Olojo Day: In The Beginning 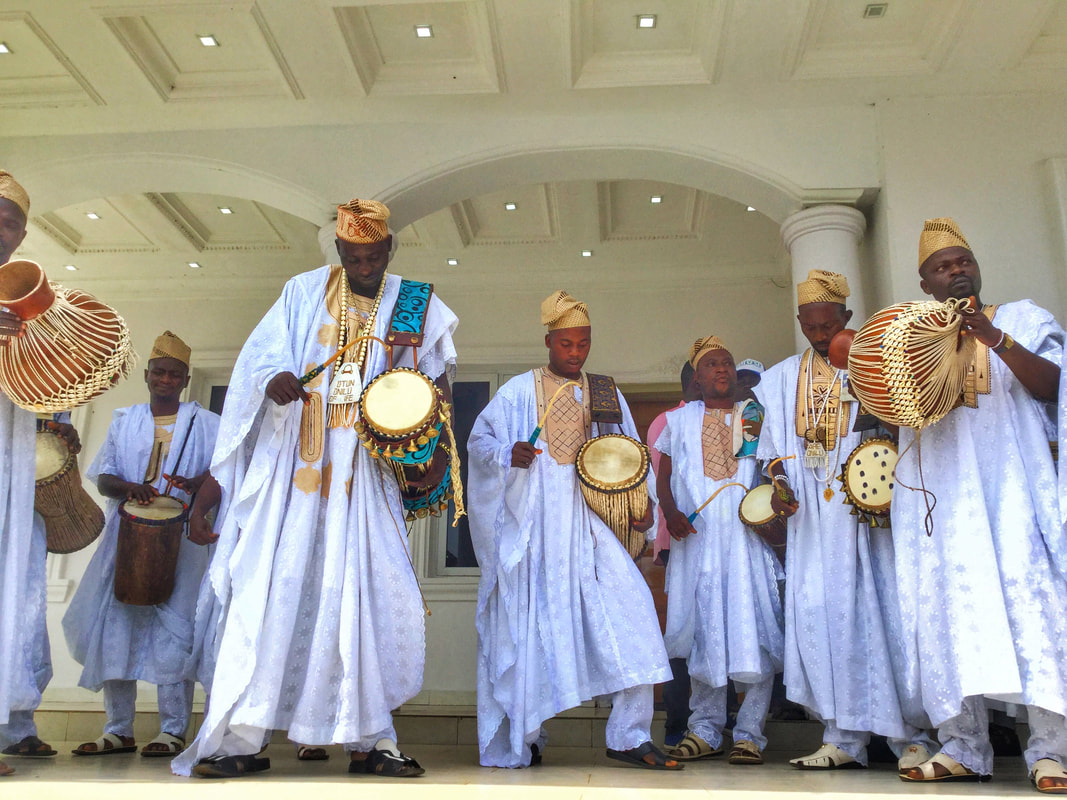 Olojo Day: In The Beginning

IFE is referred to as the cradle of human existence according to History, science, Biblical, empirical and Quranic discoveries on the different stories about creation. The ancient town of Ile-Ife is said to be the Source of Mankind and the only place where the OLOJO Festival (Day of Creation) is celebrated.
OLOJO day is asserted in relativity to the Beginning when God created the heaven and the earth. The world been dark and void with the Spirit of God hovering round the earth is said to be what God – Olodumare deposited in the land of expansion, Ile-Ife as our divine heritage.
Ojo-ti-ojo-di-ojo (OLOJO) is the day mankind was established on earth in spirit form the very first time.

There are series of events leading to the OLOJO Festival. It is about two weeks, starting with IDIJO – the determination of the sacred dates, done in the first week of August. Next is Osu Ogun, the month of the pathfinder deity, which is immediately followed by Gbajure, which signals the commencement of the Olojo festival. Two days after Gbajure, the Ooni also refer to as Oonirisa goes into seclusion for five days, to have physical and spiritual communal with his ancestors, esoteric beings and the Almighty God.
No one determines the date when the festival will hold during the months of September and October but the Ooni himself after hearing the unseen drums. It is communicated to him when he will enter into seclusion.
The seclusion of Ooni is similar to seclusion observed by the Oba of Benin in celebration of Ague festival, going futher to reflect the link between Ile-Ife and Benin Kingdom, for Oranmiyan was the son of Ogun and Oba of Benin. We are more connected than we think traditionally.

The Ooni comes out of spiritual solitude on a Friday, which is also referred to as Oke-Mogun Day. The Thursday before this is referred to as the Ilagun day when the Osogun, who is the priest in charge of Ogun rituals observe an overnight vigil with other traditional chiefs with the offering of sacrifices at the Oke-Mogun Shrine.
On the Friday that the Ooni will come out of seclusion, people are gathered at the Ooni’s palace from morning to pray for the Ooni to intercede to God on their behalf. The whole arena is filled with different groups of women dancing and singing. Sitted under the shade of a big tree by the right hand on entering the Palace gate are the women from Ooni’s family with his sisters and their family.
This is tradition for the women from the family to be there.

Later in the evening around 4pm, the Osogun, accompanied by gunshots came to the palace with his entourage to pay obeisance to the chiefs and emeses’ that are in the courtyard, this is followed with the bringing in of the dog that will be slaughtered to Ogun for sacrifice. This is the tradition and it is done yearly I was told. The Osogun heads to Oke-Mogun from the palace, where he make preparation with prayers, sacrificed a chicken and other libations were done to Ogun.
Across the street seated were array of chiefs with the Ooni’s brother amongst them. They await the appearance of the Osogun after libation to know whether Ogun accepted the sacrifice being made before the killing of the sacrificial dog is done. That is the final sacrifice which is heralded with gunshots, beating of drums and dancing.

Around 8pm on Friday night, the sounds of drums and recitation by Ijala filled the air. This is to sound the presence of the Ooni who appeared about 30 minutes later. This is his first appearance after seclusion.  Everyone  scrambles to get his picture, he was followed by throngs of camera men both still and motion of which I was one. I finally found a place right in his front after he settled down. He had aged in five days for all his facial hairs were suddenly greyed out, it was a sight to behold.

Different groups, chiefs and individuals knelt in his presence to be prayed for. It is believed that it is directly from the Olodumare himself since he is now his mouthpiece. One distinct quality i noticed about the Ooni that night is his attentiveness and a word of prayer for everyone that came around.
He prayed and listened to the people till almost 10pm when he retired to his house to rest and prepare for the main event the following day.

NEXT: Celebrating Olojo Day with Ade-Aare