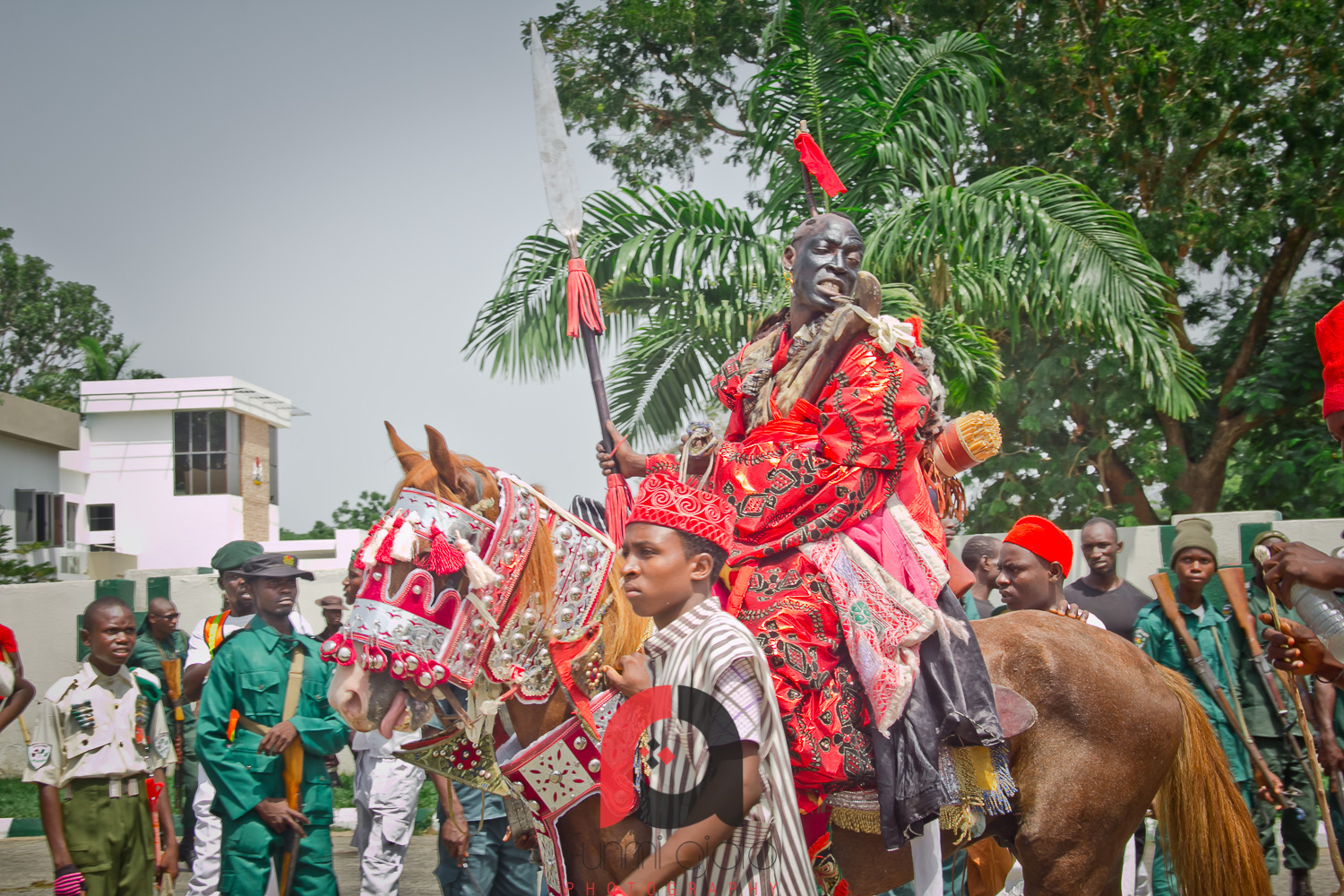 As a traveler one of my main goal this year is to document the Durbar festival in the northern part of the country.
I set out to ask my friend, Mohammed who lives in Bauchi State when the Durbar festival will be. We agreed on dates that I will come down to Bauchi.

Durbar festival is also known as the traditional Hawan Daushe Durbar. It is part of the activities marking the Eid-el-Fitr, also known as the ‘small sallah’celebration. This is an annual festival celebrated after the 30 days fasting by the muslims globally.

The word ‘Durbar’ is of Persian origin and was first linked to ceremonial parades marking the proclamation of Queen Victoria as the Empress of colonial India in 1877. History has it that the the Hawan Daushe Durbar was introduced to the emirate during the reign of Muhammadu Rumfa in the 1400s. It is also noted that it still takes place in the states that were under the then Sokoto Caliphate with each state having its own emirates ruled over by an Emir.
Some of the States that still perform the Durbar festival are Katsina, Kano, Bauchi,and Kwara amongst other northern states.

In Nigeria,the first Durbar was held in 1911, subsequent ceremonies were held in 1924, 1925, 1948, 1960 and 1972. The Durbar festival was prominently present at the 2nd World Black and African Festival of Arts and Culture, also known as FESTAC 77. Since then it has been celebrated once a year, after the muslims fast.

The festival is usually observed a day after the ‘sallah’ day which sees the Emir riding on horse back with his title holders to pay homage to the State Governor and the prominent families in the State. This year’s Durbar started on the 25th of June with the emir making his rounds across the State. You can sight small groups of horse riders Following him with the horses all dressed in colourful attires with some to match colours of their riders outfits. Sounds of gun shots echoed around where the group were. The shots were coming from dane guns that were being fired in celebration. The following day, the 26th was the main Durbar festival where every households will be represented.

Passing through town on the evening of the 25th, you can see some portions of main roads blocked for free traffic flow for the procession the following day.The Emir ends the day with a visit from the State Governor.

On the morning of the 26th, as early as 8:00am there were horses all brushed and well dressed in fanciful attires galloping on the streets of Bauchi. In the company of my host, Mohammed and another friend Khalidz, we paid a visit to the Cikasoron Sarakin of Bauchi, Barrister Hassan Suleiman Saraki, where we witnessed the preparation for the Durbar according to the family tradition.

The young lads of the house were brushing down the horses and saddling them up, i get to see the different layers of saddle given to the horses.
At the door entrance was a group of four men playing different traditional music instruments to set the whole house in the festive mood. We got to learn that they were praise singing for the riders.

Then came the dressing up part. If you’ve ever seen a Durbar horseman, you will will notice the headgear, some are very big with different layers of colourful clothing around the rider.
I witnessed the turban tying process and i must say it is a bit similar to women tying gele for a wedding or important occassion. Here also it is a professional that ties the turban, not just anyone. For this family, their symbol is fire. You get to see different representation for each households during the procession at the Government house where the whole parade starts from. Different title holders and their families file in with musicians and colorful horses and riders. You will be able to observe the different class that were there. All i can say is that everyone was represented.

The hunters with their dane guns, the charmers with their snakes and parrots, the wildings with their hyenas and Baboons, the classy with their fine breed horses and high quality clothing and the royal guards.
There was a huge procession of crowd  waiting to watch their families and others file out to town and majorly to catch the Emir. It was held at the government house as a sign of the Emir paying back the visit from the governor from the previous day. It was pageantry at its finest and the most colourful festival I have ever witnessed.

NOTE: The Durbar is always rowdy if you want to catch the whole festival at its peak. I will do it again next year and i hope to witness the bigger one in Kano.