ENUGU: The Land of Many Streams 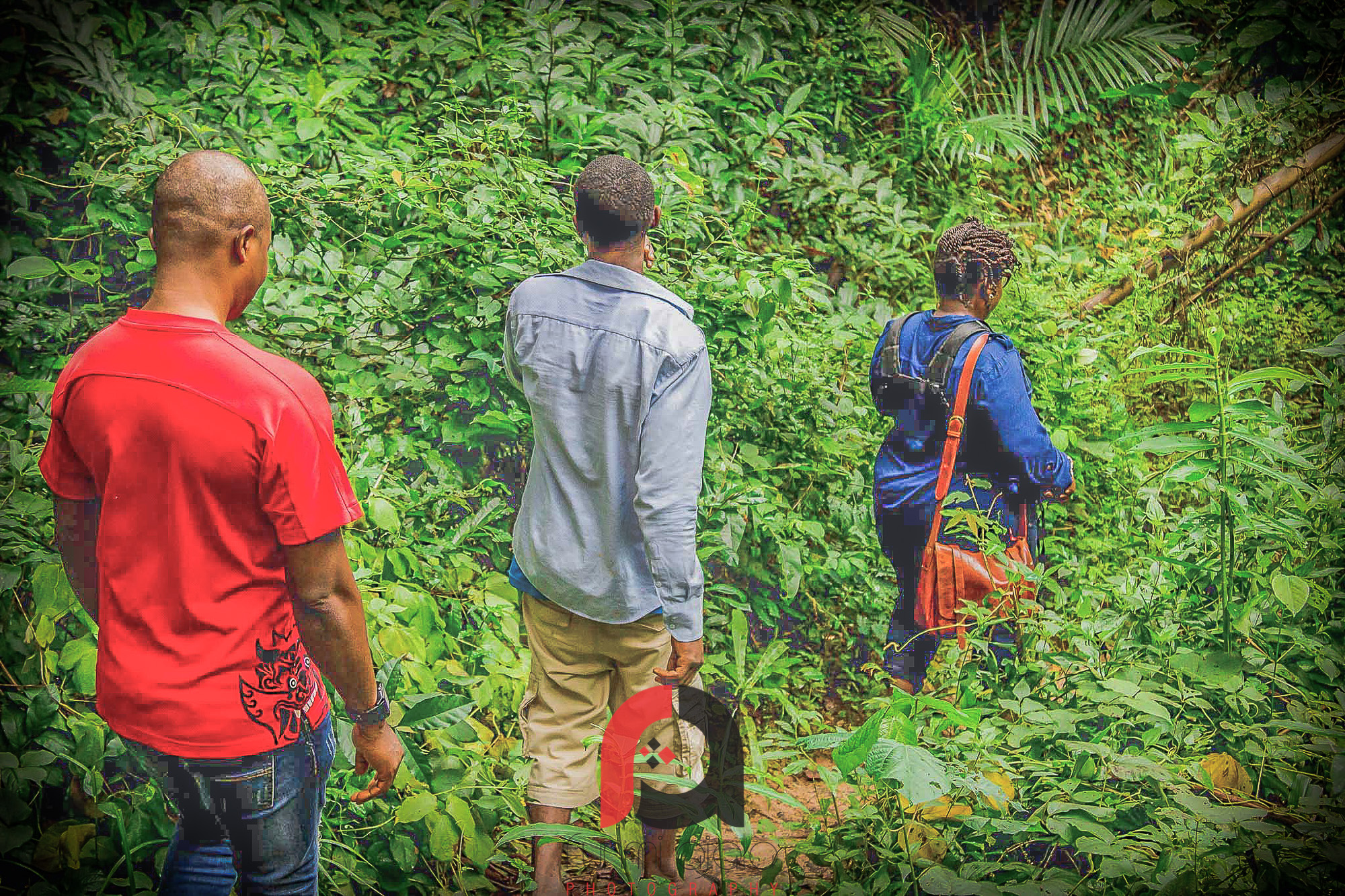 ENUGU: The Land of Many Streams

After our trip to Ngwo pine Forest, Cave, Waterfall, Warm and cold spring we head on to the next spot which is Ezeagu Tourist Complex. Our driver seem not to know the direction and quickly I called my friend from last night who gave me the number of his friend that is familiar with the place.
After a few minutes of call we head out to the Onitsha/Enugu express road. Ezeagu in Obunifia-Ndino is off the express about 20 kilometre drive from Enugu, driving into the place gives you no clue the beauty and wonders one is about to see.
We followed the direction sign to the waterfall and beside it in the opposite direction is the cave and another stream. We were stopped by a young man who became our guide round the place, his name is Ijele.
Ijele told us that we are to pay a certain amount per head of which we haggle it. There is no official ticket or any form of legal structure. We were to learn later that a certain amount goes to the village coffers which is used to renovate certain structures within the complex, like the much needed walkway across the water.

The Complex
The complex has a unique beautification of water, streams, cave, and waterfall/spring. Ijele took us first to the waterfall/River. Known as Ogbagada River but most people refer to it as a waterfall. It is an accumulation of 16 streams this the thunderous sound it makes. It has a warm water portion further down inside, but the water merge at a point with powerful force. It is very beautiful and pure white in colour. There is a belief that the waterfall does not tolerate noise making, thus a suddenly increase to a frightening height when there is noise. This has affected the walkway bridge which is used in crossing to the side where the water flows, it was destroyed during one of the water increase in height.  The river is about 23 metres high. You have to walk through the water to get to the warm part of the river, one has to be very careful of the current when doing this.
Ogbagada River is believed to have some mystical powers, thus some belief around it. The first is its ability to signal the beginning of the harmattan season with an unusual loud noise from the waterfalls and second, a louder sound being produced to announce the death of a titled or aged man in the village. These beliefs make
While at the warm side of the water I noticed a couple of kids inside the water. The eldest of them dip his head inside the water for a while and came out breathing through his mouth. I first thought he was playing until I noticed a pattern, by the time he came up the fifth time he has a basket of grainy sand in his hands. I got to learn that he is scoping sand from the waterbed. The grainy sand is taken some distance away from the river where it is in different heaps. The sand is for sale to builders or people that have need of them.
Our next stop is the Ogba cave which is adjacent to the waterfall and about one kilometer away from the waterfall.

Ogba Cave
Getting to the cave was another one kilometer adjacent to the waterfall. We have to cross another small river to get to the path that leads to the cave.
A piece of advice, please do wear a rubber shoe like crocs with good grip on a wet ground. Also do wear a shot or a shirt that can be lifted up and tied for easy access.
The path that lead to the cave is a bit sloppy and close to another river that flows by the side. This complex is a land of many streams I must say. The path was a bit hilly at some point and down at others. While we were about 10 feet away from the cave, Ijele asked us to remove our shoes and he started making some incantation, telling the cave he has visitors, and when done he went something like this ‘This is the cave, you can enter’
Ogba cave has is home to thousands of bats. According to Ijele, the cave has many floors and where we are standing where the bats are much on the right hand side is the parlour.
The cave has two entrances with three chambers. The first and major entrance measures about 3.1 meters in height and 1.8 meters wide. While the second entrance measures 2.8 meters in height and 1.9 meters wide. The largest chamber is about 2,960 meters wide and 13.2 meters high and inhabited by bats of different sizes which makes a hurricane noise when disturbed.  The chamber inhabited by the bats has an opening at the top from where sun rays lighten the cave.
According to our guide, there is a portion for fishes, there is another for animals and it is belief that a python resides inside the cave. On the left hand side of the cave entrance are names scribbled on the wall. We were told that if you want to kill anything inside the cave you have to write your name on the wall on the left hand side.
Trying to get the pictures of the bats was quite a feat because the inside is pitch black, using flash did not help much.
I have to say that much can be done to boost this community by developing the tourist sites in this area. Though the villagers are doing their bit by having a community purse for repairs in the complex.
This by far was the peak of the day for me. I love the waterfall.
Another place we stopped by was the Awhum monastery, which boasts of a therapeutic and healing waterfall which is about 3 hours cumulative trekking to and fro. It has been closed since 2012 and one can only get in by special appointment with the monks in the monastery.
We went to town, dropped by the Polo park complex with its big Ferris wheel for interested riders and different arrays of shops for shoppers. Your trip is not complete without a taste of Ukpa, Abacha (local Salad) and a good soup.
All I can say is Wow…., we are too bless as a nation not to make something incredible with our natural endowments. God bless Nigeria.