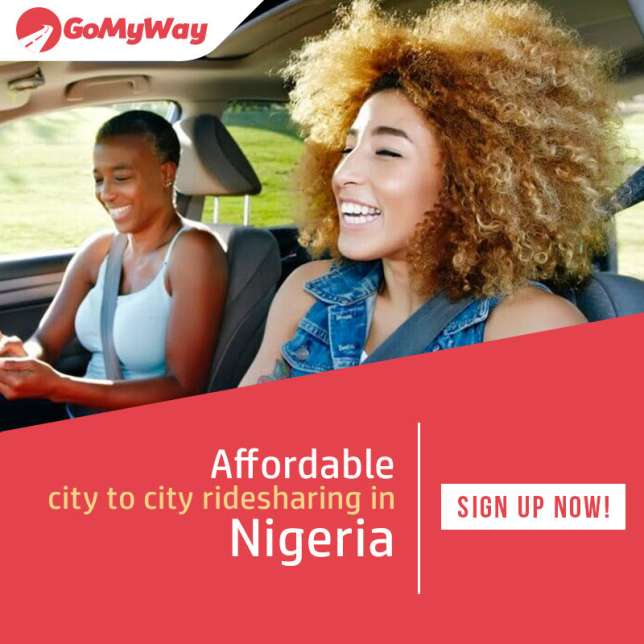 Ride sharing is a service that arranges one-time shared rides on a very short notice. It is type of carpooling but it differs in the sense that it makes use of 1) GPS Navigation devices to determine the route 2) Smartphones on which the app is downloaded to request a ride and 3) Social Networks to establish trust and accountability between drivers and passengers.

Using mobile application to hail cabs or rides started with with Sidecar, followed by Uber and Lyft and since then it has grown to be an embraced phenomenon by people in different parts of the world. From Uber, lyft, sidecar in the USA to Afrocab, Ridebliss, Jekalo and GomyWay in Nigeria.

Meet Miss Damilola Teide, co-founder of GomyWay.com, a ride sharing company in Nigeria. Miss Teidi studied Information Technology for First Degree and has a Masters in Strategy and Innovation Management. Dami has worked as a developer, a business analyst with Cchub (Where GomyWay is currently located) and now a co-founder at GomyWay.

Explaining the uniqueness of GoMyWay in comparison to Afrocab, Uber and others, Miss Teidi pointed out that the above mentioned are using the taxi set up model even though they are private cars.

“With GoMyWay, the individuals involved are going in  the same direction. For example, as a car owner, instead of driving alone everyday to work, why don’t you take someone along with you?  With the other platforms mentioned, you call a taxi and the driver will come pick you up, but with GoMyWay the co-travelers (car owner and passenger(s)) are going in the same direction.

This helps reduce traffic congestion, as it reduces the number of cars on the road – five car owners living in the same area and working in the same area, can ride share as opposed to driving their individual cars . It is also affordable. For example, rides within Lagos are about 250-300 Naira and interstate rides are usually cheaper, more comfortable and you can converse withyour co-traveler(s),” She said.

On the reach of GoMyWay, “we have many rides now most especially in Lagos. Lagos adopted it quickly probably because of the traffic congestion in the city.  We also have rides in Abuja as well as interstate ride offers,” said Damilola.

With GoMyWay, the car owner and the passengers have to register on the website (www.gomyway.com), the verification process involves a valid government ID, Facebook account , email address and phone numbers for now. Your picture is required with a short bio after which you can go ahead to search for a ride or offer one.

When a request is sent to a driver, he or she will go through the intending passenger’s profile and can either accept or reject to offer a ride to the individual.

“Everyone gets notified as soon as a message is sent, a period of 30 minutes maximum is given for a message unless there is a delay. Payment transaction is between the passenger and the car owner for it is a cash based system for now, which means the passengers pay the car owner at the end of the journey or whenever works for both parties,” explained Damilola further on the process.

“Initially, creating awareness was a challenge . It still is but not as difficult as when we started. Trying to preach the “ ride share gospel ” to everyone, trying to get people to understand, and then getting them to sign up whilst answering all their questions about safety/security.
We needed to get our users and intending users out there to understand the concept of ride sharing, thus the usage of cartoon illustrations was one method we used.

It was tricky, having to teach and also market at the same time. Also, because it’s a two sided market, you do not want to have lots of passengers signing up and not finding drivers, so for a while we battled with that issue.

The other challenge was Hiring the right person for a role especially as we can’t afford to pay high salaries as a startup. It has been a learning journey so far,” said Damilola.

Plans for the future

Mentors in the Female Tech Space

” Entrepreneurial wise, I like Tara Fela Durotoye and Mrs Bukky George, CEO of  Healthplus and CasaBella. I have read about her and I’m in awe of how well she has expanded and I keep asking myself what she did differently. So, entrepreneurial wise these are my mentors” Miss Teidi explained
Her word for females out there, “Do your research about the business you want to start, read about both successful male and female entrepreneurs, and learn from them. In my opinion, women are good with business. Once you have done your research and you are ready to start, just go for it.”

This article was first published on www.Abovewhispers.com 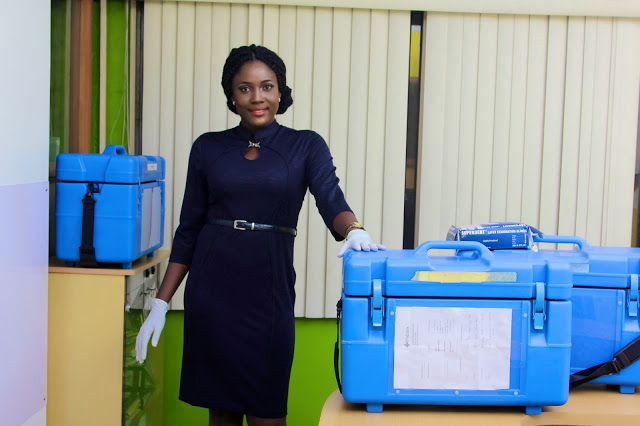