A Tale of Three Castles: Cape Coast and Osu 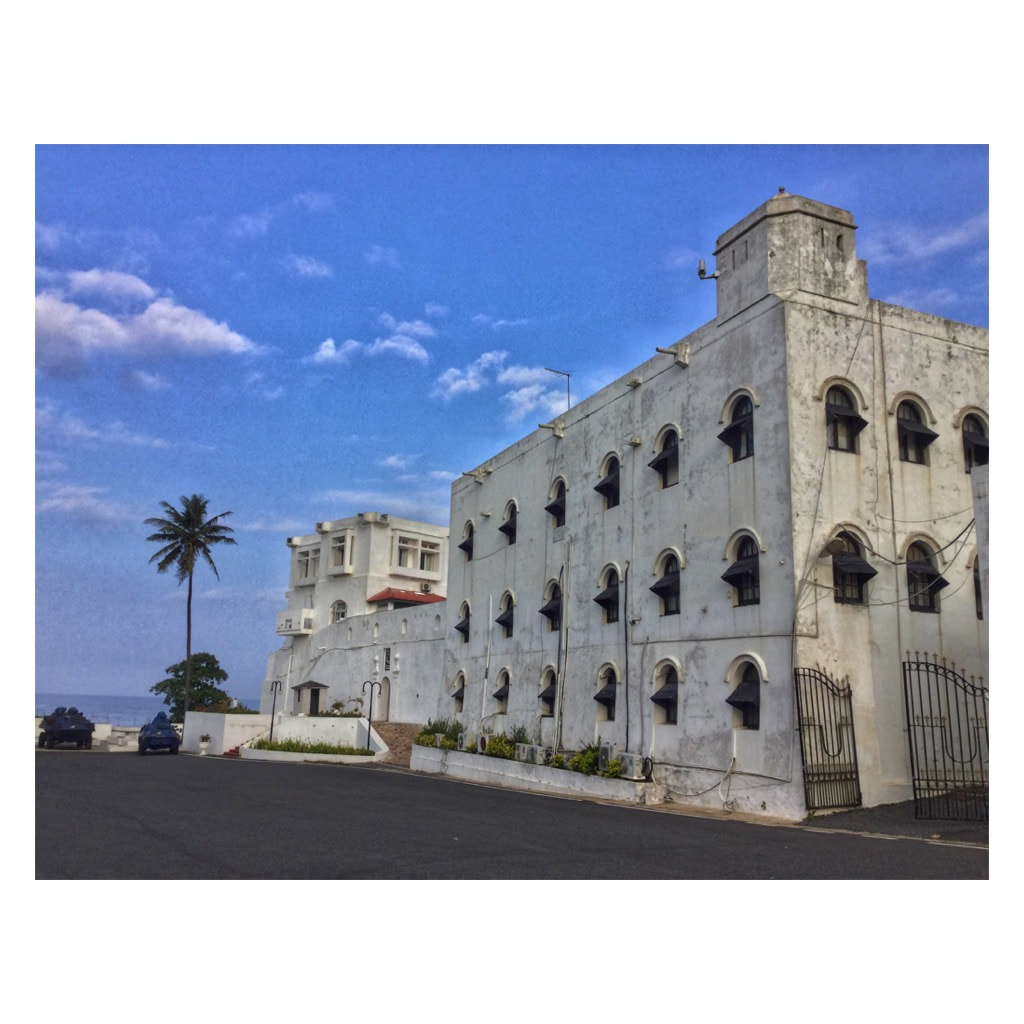 A Tale of Three Castles: Cape Coast and Osu

There are three castles in Ghana and several forts along the coast of Ghana and were built by Europeans and were all used for trans-atlantic slave trade.

The first of the castle is the Elmina castle. It is built around 1482 by Portuguese, under the Leadership of São Jorge da Mina. The second one is the Osu castle in Accra. It used to be the seat of the government of Ghana. It was built in 1661 by the Danish. The last and the youngest castle us the one in Cape Coast, which was built in 1665 by the British. By age, the Cape Coast is the youngest castle.

The cape coast castle was built when Slave Trade was at its peak. When built, a dungeon has the capacity to take a thousand men, separated from 300 women at a particular time. The slaves were held in the castle for a minimum of two weeks and a maximum of three months depending on the availability of the British ships to take the cargo away.

By 1807, the British came up with a law which states that it has abolish slave trade and by 1814, the Dutch also passed the same law in Holland. But from that time till 1860 in Africa the Salve Trade was still on-going and it was referred to as illegal Slave Trade by the Europeans. This lasted for over 40 years. Slave Trade finally stopped in 1860. The Cape Coast Slave Castle was used to colonise Ghana and other English colonies. The British were in Cape Coast till the time Gold Coast (now known as Ghana) gained independence on March 6, 1957.

The Cape Coast castle is 353 years old, Elmina Castle is about 536 years old.
The castle still maintained its original architecture. Bricks shipped in from England were used to build the castle. In the olden days British ships come to Africa empty, the building materials were used to balance the ships over the ocean in order to transport it safely. On returning back to England, slaves were used as the ship balance. There was no cement at the time, grounded Oysters shells which were found in abundance due to the castle’s close proximity to the sea, lime powder and palm oil were used as binding materials for the bricks.
Cape Coast castle is built on a huge rock boulder which was blasted to make way for the building. The slaves were put to work in getting a level ground to build the Cape Coast castle on, thus making the castle foundation to be a very strong one.

The living condition of the slaves is so derogatory that one do imagine how were they able to survive for three months in such condition.

The idea of slave trade started when the Spanish who own plantations were looking for workers to cultivate their land, African males were taken to till the land and the women to breed and multiply.

The women were made to pass their monthly flow in the dungeon. They are not allowed to clean their teeths, clean their bodies, their was no sanitary pads for three months.Upon all this humiliation, the women were raped by the British thus the mixed breed families along the coast of Ghana. This is the flux of light skinned Ghanaians and the bearing of European last names like Van Dyke, Van Viker, Hamilton, Johnson, Rawlings,Harrison, Ferguson, and many more. Thr British settled in Ghana for about 400 years and their legacy lives on through their generations.

Osu Castle is the third major castle in Ghana that is key to the Trans-Atlantic Slave Trade story. It is the Ghanaian seat of Power until January 6, 2009 when It was moved to The Jubilee House which is now called The FlagStaff House. It is also the resting place of the late President John Atta Mills, located in Osu, Accra, on the coast of the Atlantic Ocean’s.

The Castle also has a bird sanctuary which I learnt was a hobby of Former President Jerry Rawlings while he lived in the castle. Osu castle was the former official presidential residence.

The road leading to the castle is lined up with flags and there is a military check point some few feet away from the gate of the castle.
The castle has undergone several renovations. There were parts of it which i learnt were added extensions and were been worked on when I visited the place.

The seaside is the common denominator for all the forts and castles that were built across Africa. The castle is breathtaking and is the second oldest castle in Ghana.

There is a mini museum with the history of Ghana’s independence, the story of the ‘Big SIX’ with their pictures. These were men that fought for Ghana to gain it’s independence on March 6, 1957.

One will also find the office of Jerry Rawlings complete with the table and chair he sat on while in office. Part of the office section are now dilapidated and filled with water. Maintenance always seem to be an issue.

On going down the tunnel where the slaves were kept, i have to say that Osu castle holds the most inhumane treatment for captives back then. Humans bend at half their height, crouched in a position for weeks till the ship arrive. The tunnel was low and dark, it holds the worst of treatment. A claustrophobic individual is likely to have an attack, I then imagine people living in this condition for two months.

History need to be told in its proper shape. Unlike the other castles that have throngs of tourists daily, this one tend to have a low turnout though they want renovations to be finished and more hands hired for it to be in full capacity.

We need not forget our history in order not to make the same mistake for the future while living in the present.